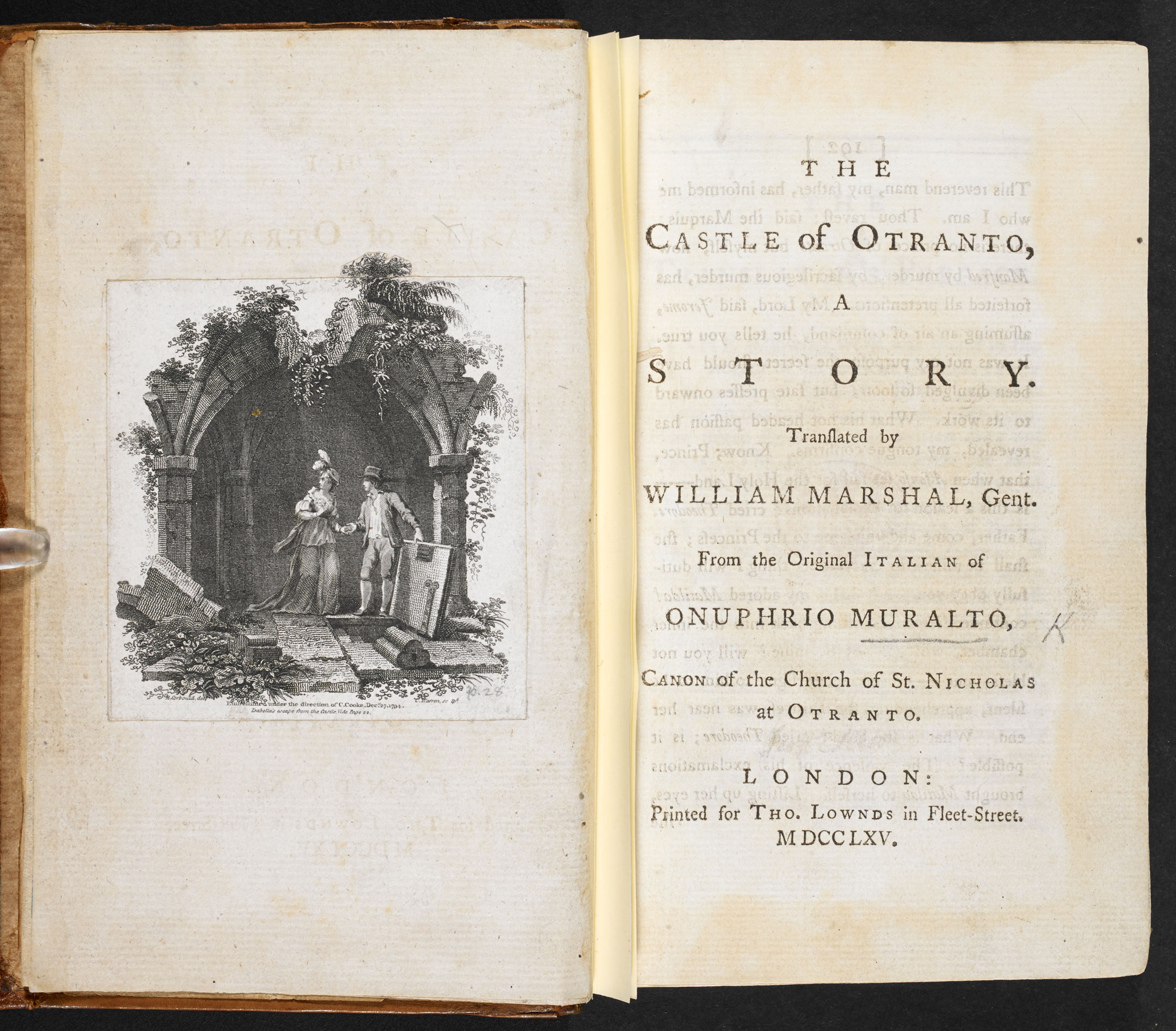 Generally regarded as the first Gothic novel, The Castle of Otranto was first published in 1764. Its author is Horace Walpole (1717-97), but it purports to be a translation of a work printed in Naples in 1529 and newly discovered in the library of ‘an ancient Catholic family in the north of England’. The novel relates the history of Manfred, the prince of Otranto, who is keen to secure the castle for his descendants in the face of a mysterious curse. At the beginning of the work Manfred’s son, Conrad, is crushed to death by an enormous helmet on the morning of his wedding to the beautiful princess Isabella. Faced with the extinction of his line, Manfred vows to divorce his wife and marry the terrified Isabella himself. The novel had a major effect on the reading public throughout Europe, with the poet Thomas Gray commenting to Walpole that it made ‘some of us cry a little, and all in general afraid to go to bed o’nights.’ 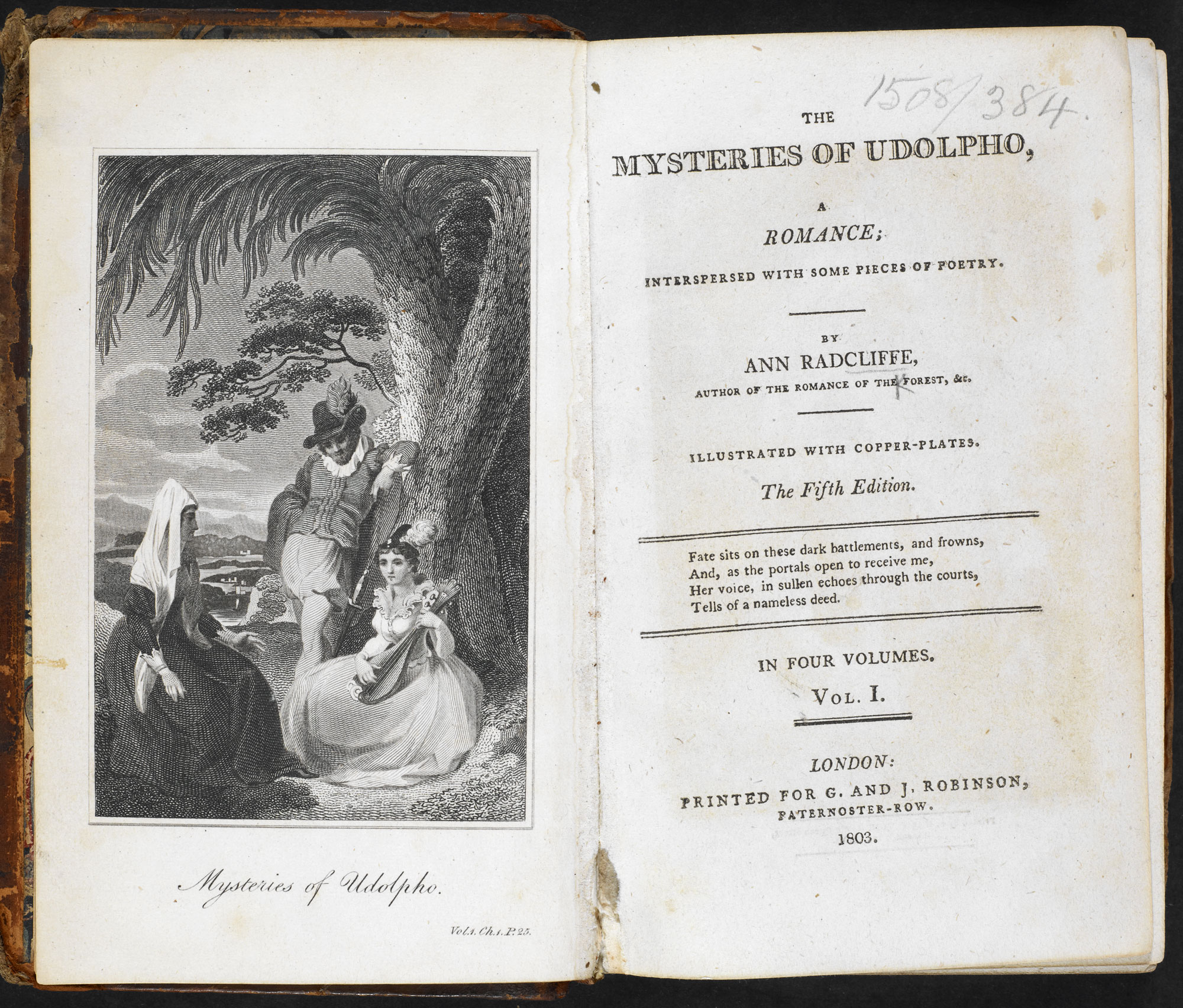 The Mysteries of Udolpho is a Gothic novel by Ann Radcliffe, published in 1794. It was one of the most popular novels of the late 18th and early 19th centuries. It was then and continues to be widely regarded as a key text in the development of the Gothic genre.

The Mysteries of Udolpho is set in France and Italy in the late 16th century. The main character is Emily St. Aubert, a beautiful and virtuous young woman. When her father dies, the orphaned Emily goes to live with her aunt. Her aunt’s husband, an Italian nobleman called Montoni, tries to force Emily to marry his friend. Montoni is a typical Gothic villain. He is violent and cruel to his wife and Emily, and locks them in his castle. Eventually Emily escapes, and the novel ends happily with Emily’s marriage to the man she loves.

Like other Gothic novels, The Mysteries of Udolphocontains ruined castles, beautiful countryside, a virtuous heroine and a villain. There are a number of strange occurrences in the novel which seem to be supernatural, but which are revealed to have rational explanations. This too is a common theme in Gothic novels, although other examples of the genre (such as Horace Walpole’s The Castle of Otranto and Matthew Lewis’s The Monk) do feature the genuinely supernatural. 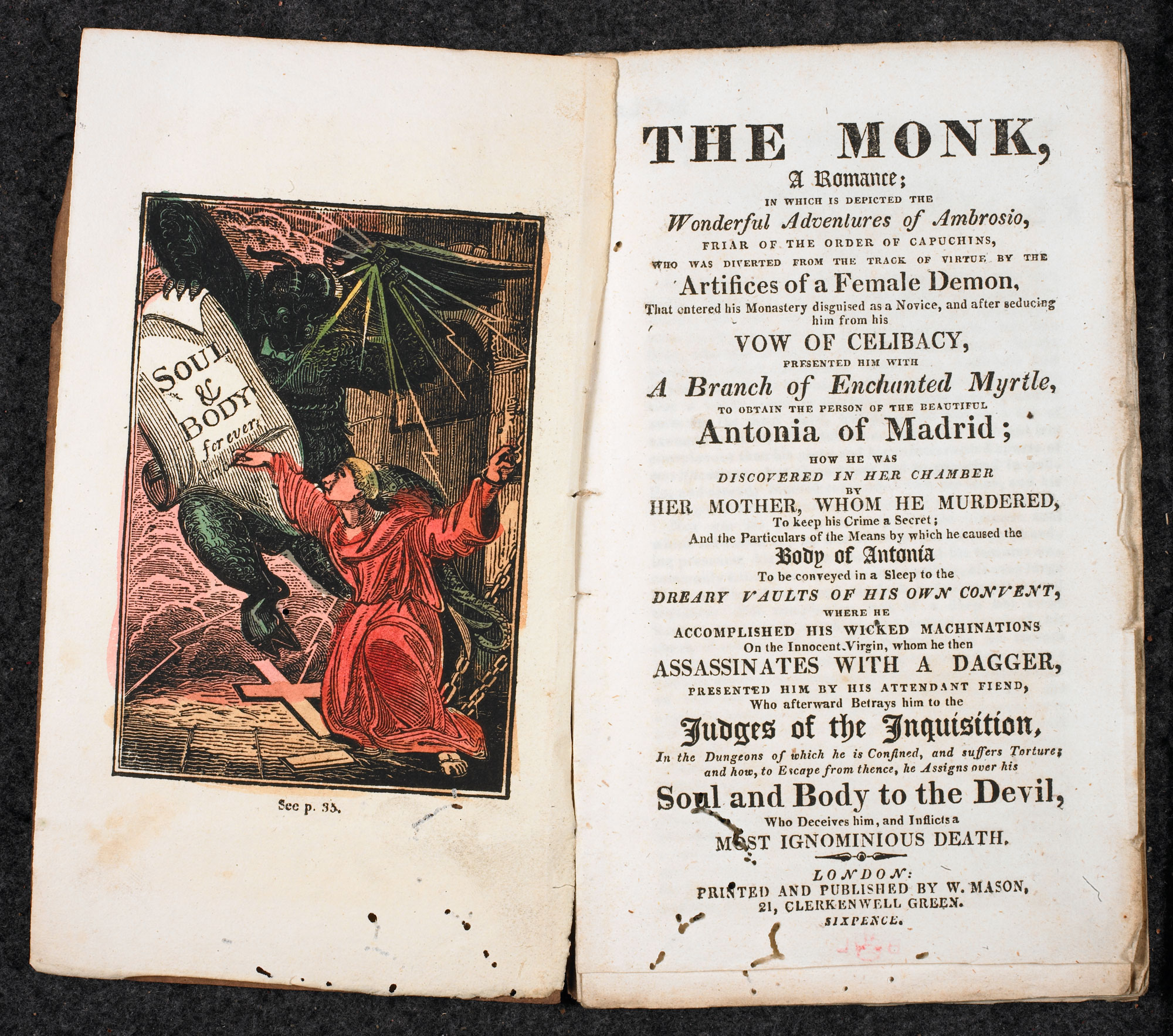 Matthew Lewis’s novel The Monk (1796) marked a turning point in the history of Gothic literature. With its emphasis firmly on the horrific and the shocking, the book moved Gothic away from the gentle terrors of earlier authors such as Horace Walpole and, instead, confronted readers with an onslaught of horror in the form of spectral bleeding nuns, mob violence, murder, sorcery and incest. Unsurprisingly the book met with outrage and condemnation from critics. Equally unsurprisingly it was hugely popular with the public.